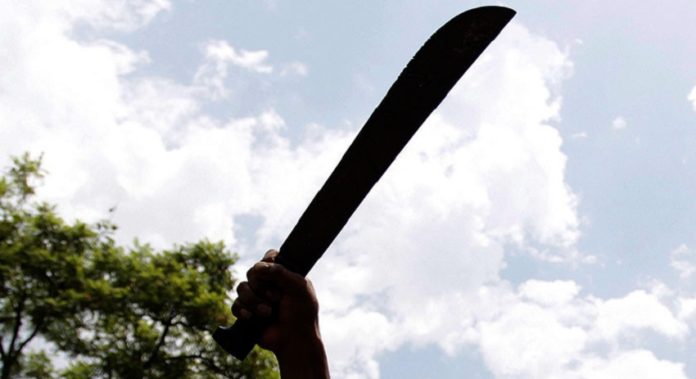 Social media has been set ablaze with the circulation of a video which shows a woman assaulting a teenager who appears to be her daughter.

In the clip, a machete-wielding woman who is only wearing underwear, can been seen assaulting the child. “When mi talk to yuh, yuh must hear,” the woman can be heard saying as the teen screams “Yeah!.” “Mi tired a unu… too much talking… talking,” the woman added.

She then proceed to assault a dog that was in the way before returning to the teen who later escaped.

Many Dancehall artists and industry players have since uploaded the video to their social media accounts giving their views on the footage.

However while Dancehall selector-turn-producer Foota Hype is in full support of the woman’s actions saying, “Lol no joke some a dem Pikney yah fi get it dem too out a order,” former Dancehall artist-turn-gospel singer Mr. Vegas is condemning the viral video.

“My page [might] be suspended! But I am not gonna stop until this woman guh jail! Please send har info if you have it to my DM.,” the ‘Jesus Train’ singer wrote.