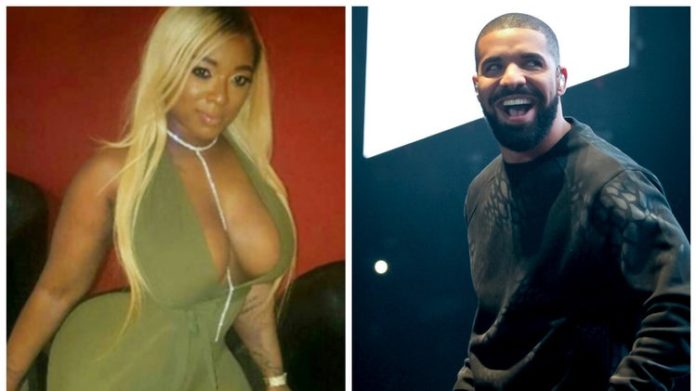 Drake is really “mix up in drama” these days.

Earlier this week a British model accused the Canadian Rapper of getting her pregnant then he stopped replying to her text messages and phone calls.

According to Layla Lace, the “More Life” creator’s close friend DJ Spade got in contact with her to meet Drizzy during his the “Boy Meets World” Tour in Europe.

Lace said they had sex and that some weeks later, she found out she was pregnant with Drake’s child however he then started to show his true colors by dodging her calls and messages.

Sources close to the “One Dance” hit maker says Layla Lace is lying as Drizzy only met her once at an event for his tour.

“Drizzy never even been with this broad who is claiming that she is pregnant for him,” sources said.

“Drake is just laughing at the bogus story because its clear that these bum ass chicks will do anything for fame. They meet you once and then automatically popped up out of nowhere claiming that they are knocked up. How can you get someone pregnant just by exchanging a few words with them. F*** out a hear with that bullsh**.”

A screenshot also surfaced online after the reports with Layla allegedly admitting that she’s lying about the incident.