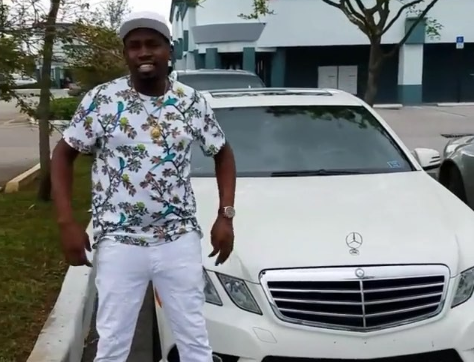 The Dancehall selector-turn-social media icon dropped a few bucks on Friday in Miami to rent a white Benz just to troll on ‘Equal Rights’ singer.

“Yeah, it’s Friday, fly-day,” Foota hype said in a video which shows him jumping out of the luxury vehicle.

While the producer didn’t mention Ishawna’s name it was very obvious he was taking shots at her.

The infamous Mercedes-Benz was gifted to Ishawna back in August 2015 by her former boss Joe Bogdanovich of Downsound Records. It was seized in November 2015 as part of a court settlement in a matter involving DSR and producer AndrE ‘Rookie’ Tyrell however was later returned.