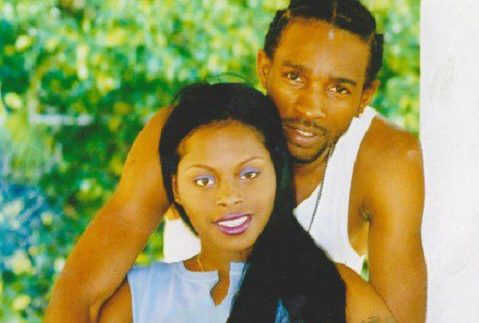 Foxy Brown has finally shared a photo of her newborn baby girl with Spragga Benz.

The ‘Big Bad Mamma’ Rapper uploaded a photo of her adorable daughter on Wednesday as she celebrated her 39th birthday. “My Gorgeous, Greatest, Gray Eyed BIRTHDAY GIFT GLORY TO GOD My GREATEST Hit Obsessively IN LOVE Forever Your Hero, MOMMY,” she captioned a post with Lauryn Hill’s classic single “Zion” playing in the background.

The day before Brown shared an interview of Spragga with the caption “Daddy?’.” Back in March Wendy Williams announced that the Trinidadian Rapper gave birth and the child is fathered by a well-known reggae star.

The world was left in shock when Brown and Spragga called off their two year engagement back in 2003. It is rumoured that Foxy Brown’s miscarriage had something to do with the breakup.

However the two remain good friends, two years ago Brown revealed some intimate details about her relationship with Spragga, and shared that he was the only man to have ever stolen her heart.

“(Sixteen) years ago in Trinidad, God sent me the only man who ever owned my heart. Love at first sight he said ‘Ing (you are) gonna be my wife’,” Foxy Brown, real name Inga Marchand said.

Foxy, who is of Trinidadian descent, said her mother was with the pair when they met in the twin island republic and had described them as “inseparable”. It was the beginning of a long romance between the two, who got engaged in 2001 and also collaborated on several songs including Oh Yeah off Foxy’s third album, Broken Silence.

“He made sure prayer, whether Yah or Jah, was at the helm of our home,” Foxy said of Spragga, jokingly adding that “Beenie Man always said ‘Peanut Butter weh Jelly deh’ LOL!”