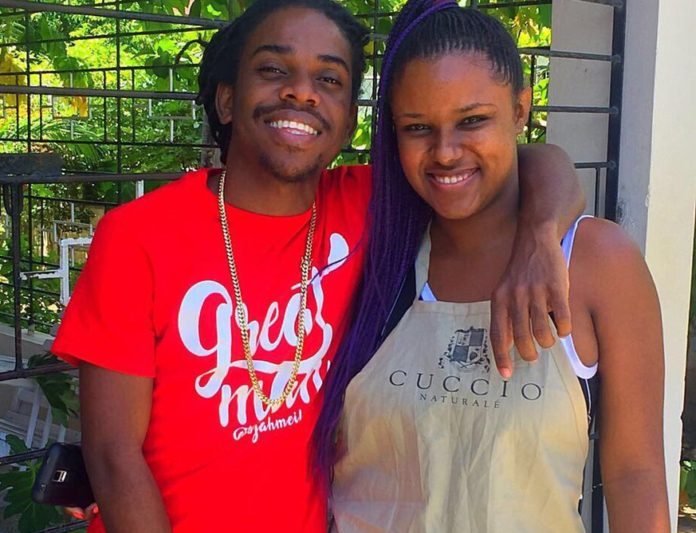 Jahmiel wasn’t playing when he said he would turn Vershon’s child into his stepson.

According to reports, the ‘Strongest Solider’ singer is currently dating Kaydian ‘Kitty’ Maragh, the baby mama of his rival Vershon.

The two sparked dating rumors over the weekend after a photo surfaced on social media. News of the alleged relationship comes months after Maragh sided with Jahmiel during his beef with the ‘Inna Real Life’ singer.

Kitty and Vershon are currently engaged in a messy custody battle over their son Papito which started earlier this year.