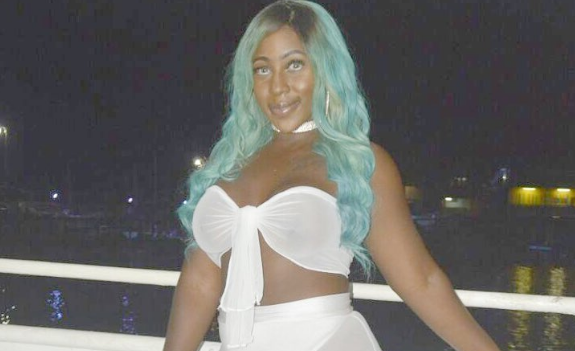 A Jamaican stripper is defending the growing trend of raunchy and explicit videos being used to promote Dancehall singles.

Professional exotic dancer and entrepreneur Kyla ‘Coco De Thick’ says that she is in full support of Dancehall artists using raunchy and sexually suggestive music videos to promote their music.

According to the dancer, the growing trend is right on time, as she believes “sex sells” and it will only lead to more attention for the artists.

The popular dancer exotic dancer, who also operates her own erotically themed website, says she herself has also joined the trend, as she was featured in Demarco’s viral video for his “Link Up” single.

Kyla was however quick to advise artist to use the services of professional strippers for their videos as opposed to regular promo girls, which she claims only dance and are not really sexy.

The dancer did not disclose how much artists actually pay for her appearances but did reveal that it doesn’t come cheaply.