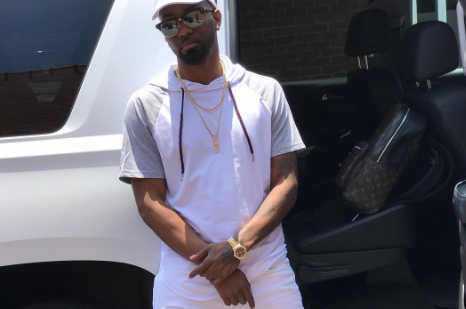 Konshens’ recent back to school giveaway has managed to spark controversy.

It may have been for a good cause but it seems Konshens has managed to anger some fans with the branding of bags issued to kids at his recent back-to-school treat and funday.

On Sunday the “Bruk Off Yuh Back” deejay took to Instagram to show off some of the backpacks and school supplies he would be providing at his annual back-to-school treat in Sherlock Crescent.

However, it seems some fans were not very pleased as they took to social media to express their distaste for the entertainer’s decision to brand the backpacks with his name.

“Doing something good, doesn’t has to be brand.. logo wasn’t necessary,” one fan wrote, while another added “No need fi di name. fi u ah do Gud do Gud n done… no need fi di free promo.”

Some fans did come to the deejay’s defense though, as one fan pointed out “Unuh nuh buy bags with other persons name on it? Leave the damn man alone just dont send yuh pickney fi none… MI HATE UNUH ISSI NO WONDA TIFA SAY UNUH DUNCE.”