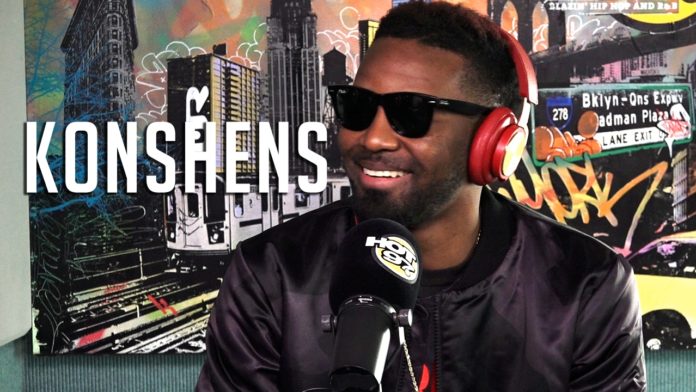 Konshens has fired back at critics following controversy over his back-to-school giveaway.

The Dancehall superstar has hit back at his critics after being blasted by some fans over his decision to brand backpacks gifted at his back-to-school treat with his logo.

On Monday the “Bruk Off Yuh Back” deejay took to Instagram firstly to thank his fans for making the event a success, while also clearing the air on the controversy.

“What a joy it was to put smiles on so many kids and their parents today. And to see the joy in my community SHERLOCK CRESCENT park,” the deejay said.

He would go on to address his critics in the same post by saying “AND… to all the “talkers” that said putting our brands on the bags was something negative in their eyes, ask me why have to do more bags with my name on them this week because nobody wanted any bags WITHOUT my name.”

“Thing is some people fi chat, and others ya fi DO TINGS and make a difference. everybody dem role.”

The 33-year-old Dancehall superstar’s reaction was met with firm backing from many of his fans on social media, with many praising his efforts and the manner how he handled the criticism.

“I loved the fact that you have them branded merch. You have valuable that they will be looked up to for having. you shouldn’t put your name on it was a moron and just hating. ,” one fan wrote in support.