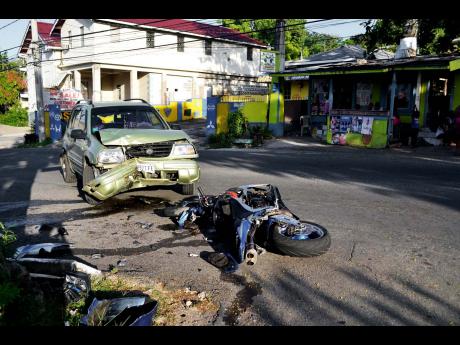 A motorcyclist who allegedly fled from the traffic police in Runaway Bay, St Ann, died after he crashed along the north coast highway.

The identity of the dead man has not yet been ascertained.

Head of the St Ann police, Superintendent Gary Francis says police responding to another matter on the Runaway Bay main road, asked the biker to stop and park.

It’s reported that the biker was stopped because he was not wearing a helmet. However, when the officer returned his attention to the previous situation, including clearing the roadway which had become congested due to a bus accident, the biker sped away.

Sometime later, the police received reports that the same biker had crashed along the highway.