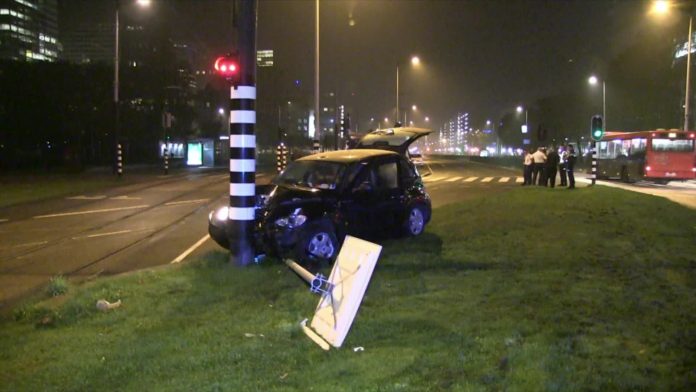 Sergio Aguero has been injured in a car crash in Amsterdam, hours after attending a concert.

The Manchester City striker has confirmed he has a broken rib, but that his injuries could have been worse after he was involved in a road accident in Amsterdam on Thursday.

Aguero was a passenger in a taxi en route to the airport in Amsterdam after attending a concert on Thursday night put on by Maluma, a Colombian singer, when the driver lost control of the vehicle and hit a column on the side of the road.

After Aguero was examined by City doctors on Friday, a source told ESPN FC that his injuries are not as bad first feared and he hopes to return within two to four weeks, after it was originally feared the 29-year-old could miss six to eight weeks.

He will miss Saturday’s Premier League clash with Chelsea and a crucial pair of World Cup qualifiers for Argentina next week, though he could return to make City’s game against Stoke City immediately after the international break.

And after returning to Manchester on Friday afternoon, the forward wrote on Twitter: “Thank you with all my heart for the supportive messages, they really do help me in recovering.

“The taxi I was riding made a wrong turn and crashed against a pole. It was a very heavy slam, but seatbelts prevented it from being worse.

“I’d like to thank the staff of the VU University Medical Amsterdam for their care and support. Hats off to all their team.

“I’m home in Manchester after an exam by club [doctors]. It’s a broken rib. Hurts, but I’m fine, fully focused on recovery. Thank you all!”