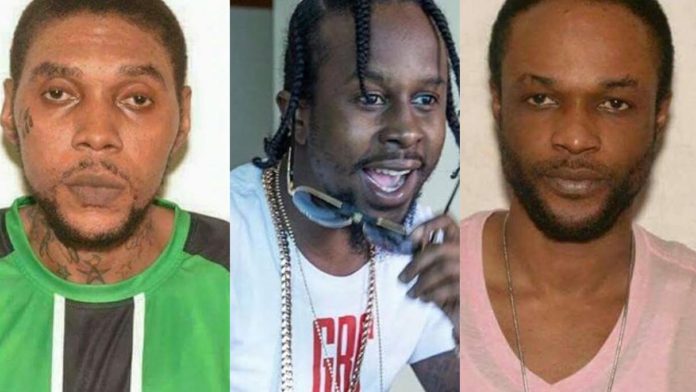 In the single released on Friday, June 9, Siva claims the ‘Unruly Boss’ snitched on him and his former mentor Vybz Kartel labelling the ‘Stray Dog’ deejay as an informer.

“…Him have police number pan speed dial doah trus dem gi him vial / him sell out the crocs and run weh & the case deven reach trial,” he added.

Vybz Kartel and Shawn Storm were convicted for the 2011 murder of affiliate Clive ‘Lizard’ Williams. The ‘Fever’ deejay is serving life and won’t be eligible for parole after 35 years. The sentencing came after a 65-day trial, the longest in Jamaica’s history.

The two along with co-accused Kahira Jones and Andre St John are set to appeal the ruling on February 19, 2018.