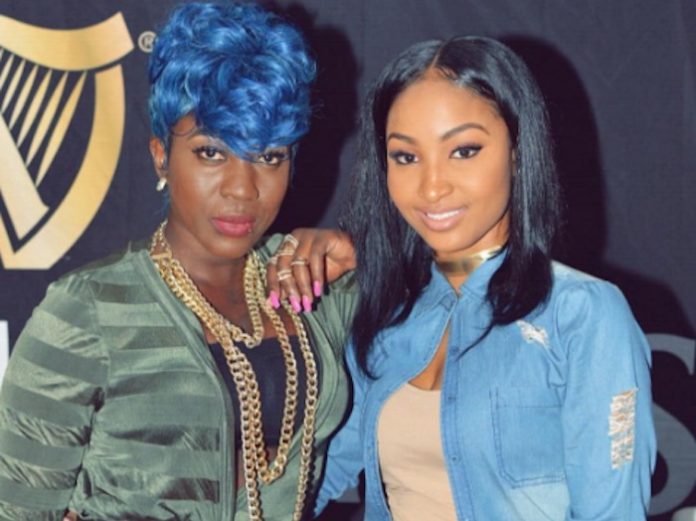 Spice stopped by Onstage TV recently for a candid interview with host Winford Williams to address her alleged feud with Dancehall artist Shenseea.

Reports of a beef started last month after Shenseea seemingly took jabs at the “Queen of Stage” in her latest single “Happy Juk.”

However it seems just like the Jamaican Government, Spice has also banned ‘Beef.’

“I don’t have any beef right now,” Spice said while laughing.

“She came out with a song and a line in the song said ‘the indicator naan work because the bulb blow’ so fans took offense to it and saying it sound like she is dissing Spice because I have the popular ‘Indicator’ song. But I don’t have any issues with her or the song so it’s a song that I love.”

“I don’t want to get into a conflict with a younger artist coming up because I remembered the feud with Lady Saw… And I don’t want any female coming to feel the same way how I felt at the time and so I want to crush that rumor. Shenseea and I have nothing we are friends.”

Watch the full interview below, Spice starts at the 30:00 mark. The show also features Gully Bop, Elephant Man and Kiprich.