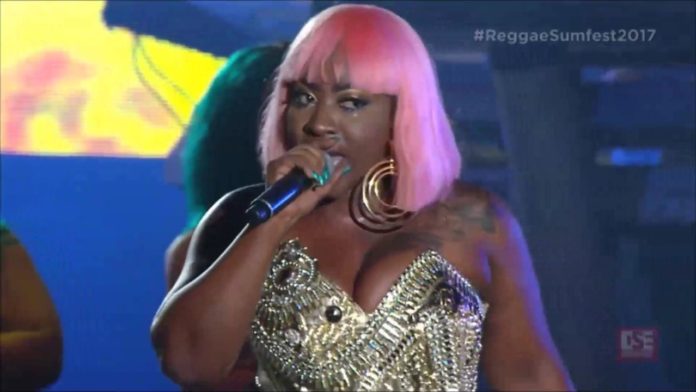 Spice has ed out the Jamaican government over its strict profanity laws.

The “Cool It” it deejay has become the latest Dancehall act in recent months to call out the Jamaican government over its laws against the use of profanity.

The “Queen of the Dancehall” took to Instagram over the weekend to share a clip of her arriving in Belgium, where she was scheduled to perform at a festival ironically called “B*mboclat.”

The Dancehall superstar went on to point out how the rest of the world openly loves and celebrates our culture in its purest and unfiltered form, yet the lawmakers seek to only fight and suppress it in Jamaica.

“Mi just a mek the video because maybe it can reach to head of the Prime Minister in Jamaica, dis a the word unu fight we fah… if we call it out pon stage we get lock up, we get charge fi it,” the deejay complained.

“My thing is, why is it that the things dem weh unu don’t like bout Jamaica ah it di people dem love, a it di tourist dem love,” she went on to question.

According to the “Needle Eye” deejay, if we are not careful very soon other countries around the world will soon begin to take this same very culture we are suppressing and claim it as their own.

In recent months several other Dancehall acts such as Bounty Killer and Popcaan have also called on the Jamaican government to change its stance on profanity within the Dancehall.